Call for Applications for the CEI Fellowship for Writers in Residence for the year 2017 awarded by the Central European Initiative in co-operation with the Slovene Writers’ Association within the Vilenica International Literary Festival. 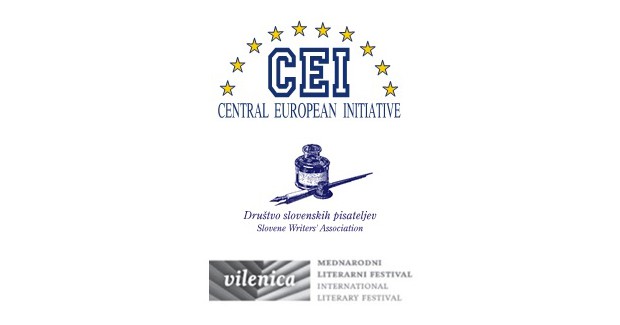 The CEI Fellowship for Writers in Residence is an award aimed at encouraging cross-border cooperation and promotion in the field of literature for young writers from Central European countries not yet part of the European Union. The fellowship is endowed with a cash award of EUR 5,000 for a three-month stay in any of the Central European Initiative Member States, selected by the candidate. The fellowship winner will be guest of the 32nd Vilenica International Literary Festival which will take place from 6 to 10 September 2017 at various locations in Slovenia. The fellowship winner will be officially announced at the press conference at the beginning of September, and fellowship will be awarded to him or her at the festival. The candidate is eligible for the fellowship from 6 September 2017 until 6 September 2018. Within 60 days after completion of the residency, the candidate must submit a written report.

The Central European Initiative (CEI) is a regional intergovernmental forum committed to supporting European integration through cooperation between and among its Member States and with the European Union, other interested public institutions or private and non-governmental organisations, as well as international and regional organisations. In order to offer a solid contribution to European integration the CEI combines multilateral diplomacy and project management, both as donor and recipient, while also bridging European macro-regions. The CEI, whose Headquarters is located in Trieste, is composed of 18 Member States: 10 EU members (Austria, Bulgaria, Croatia, Czech Republic, Hungary, Italy, Poland, Romania, Slovakia, Slovenia) and 8 non-EU members (Albania, Belarus, Bosnia and Herzegovina, Macedonia, Moldova, Montenegro, Serbia, Ukraine). In December 2011, the CEI was granted the observer status in the General Assembly of the United Nations. www.cei.int

The Slovene Writers’ Association produces and carries out contemporary public programmes in the field of literature. With a wide array of programmes and activities, it represents the most active organisation and the main centre of literary activity in Slovenia. The role of principal operator of public programmes in literature is also recognized by the Slovenian Book Agency with their active support and regular financing. The beginnings of the association can be traced back to 1872, when authors started to organise, but it took the current name in 1968. It was presided by distinguished Slovene writers. The Slovene Writers’ Association promotes creative freedom, acts as advocate to improve the status of Slovene literature and writers, and brings together writers from the entire Slovene cultural space, regardless of the borders. Always critical and creative, the association has helped make significant changes in the Slovene social and cultural space and life. It was very active during Slovenia’s quest for independence and the formation of the young country. The association fosters regular relations with international writers and carries out internationally acclaimed programmes. www.drustvopisateljev.si