SocialErasmus Solidarity for Balkans is an idea which started in the Balkans, with the aim to raise awareness of the disastrous floods that took the area, and help collect aid for those affected by it. United by the same goal, national Erasmus Student Network (ESN) teams of Bosnia and Herzegovina, Croatia and Serbia initiated a SocialErasmus project, for which they hope to be implemented even beyond the borders of the region.

The impetus for the start of this joint project were the devastating floods that covered more than 22.900 m2 and more than  two million people had to be evacuated from their homes, suffering unimaginable loses. These deadly floods took away nearly 40 lives so far.  In the desire to help in whichever way it is possible, sections from all of these three countries decided to form this project, so that it includes several activities and one big common activity which will be implemented in all three countries. 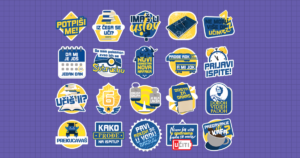 Depending on the applicableness, ESN teams in Serbia, Croatia and Bosnia and Herzegovina will organize a series of charity events to collect donations, supplies but also to spread much needed moral support. The main event will focus on collecting canned foods, clothes, hygienic products and also food for animals, which will later be transported to the appropriate channels. Seeing as how ESN is an international network and the success of the events depends a great deal on the support of the international  students, the sections will encourage their exchange students to participate, volunteer and donate.

As for smaller events, most sections will try and implement volunteering in rescue shelters, working with the evacuated victims, especially children, or volunteering to help in collecting and sorting of the donated supplies.

For the past week our hearts have been touched by the number of kind people and the limits they are willing to go to, to help out their countrymen. So many have lost so much but the generosity of people surprised us more than anything.

Thanks to the international framework that SocialErasmus offers, other sections from other countries will be able follow this example and help out how ever they can. Organize an event which you feel would bring the most benefit! Spread the word. Use both hashtags #SocialErasmusSolidarity and #poplave to bring more attention to the project. Take photos, share stories, move hearts… After all, only people can move people!

Join the Facebook Event: SocialErasmus Solidarity for Balkans (May 25 – June 30)